Skip to content
The legacy, the silent film and the all-knowing porter

Home | News | The legacy, the silent film and the all-knowing porter

The legacy, the silent film and the all-knowing porter 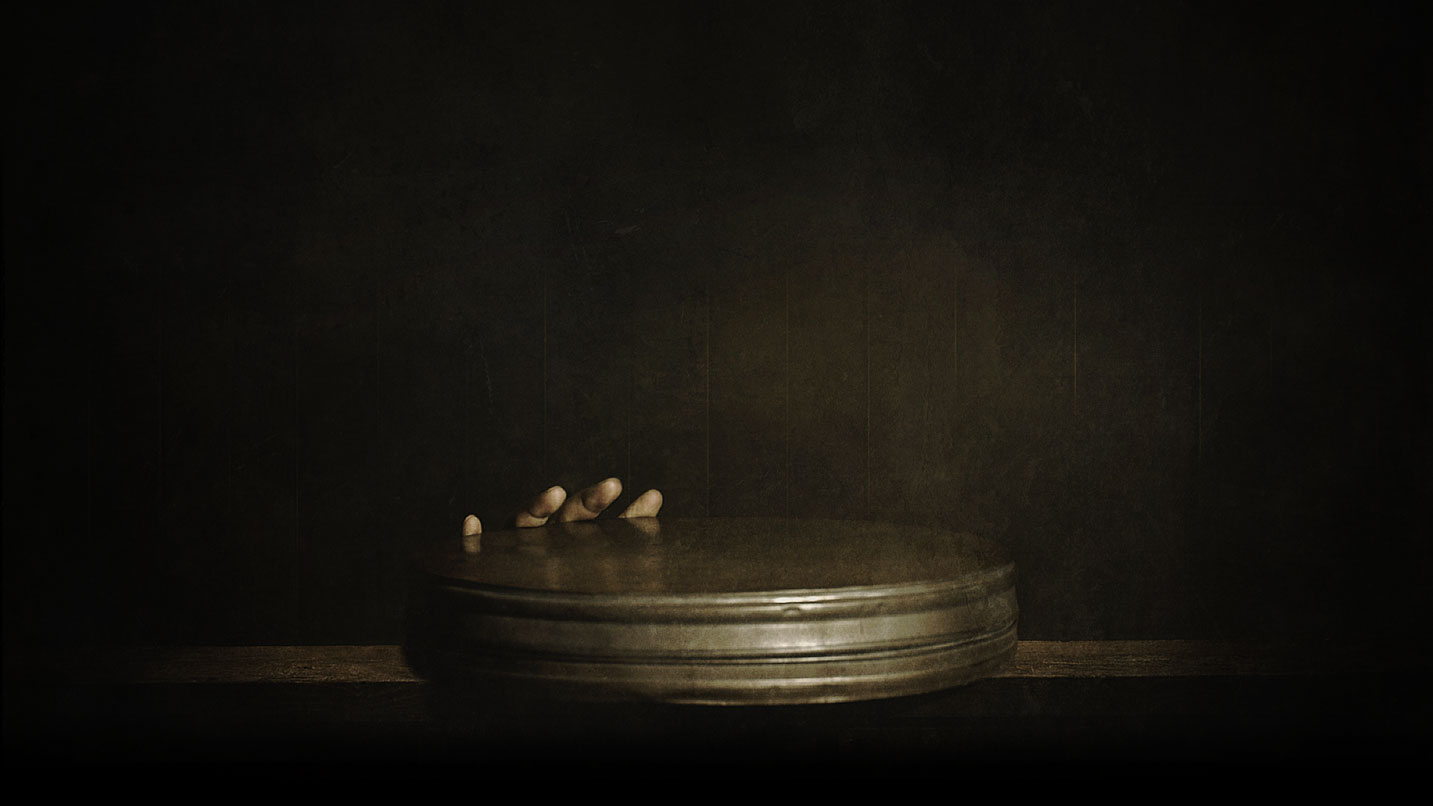 An old film canister is delivered to the porter.

Since there is no such thing as a virgin interpretation of an established play, all new productions consciously or otherwise mediate between the present moment of performance and a set of preceding interpretations of that work. Stephen Berkoff has described an actor’s experience of assuming any dramatic role that the greats have inhabited before you as a constant process of ‘boxing with ghosts’; past inhabitants of the role seeming reluctant to cede place too easily to the newcomer. Every actor who steps out on to the stage in a well-known part therefore has to negotiate his or her own relationship – combative, concessionary or both – with accumulated prior performances of the role. The same issue is writ large in the productions themselves, which are inescapably read in the light of their relationship – emulative, resistant or both – to past productions of influence and profile. And so it is that both theatre and cinema are built upon the potency of inherited dependencies as each new production, consciously or otherwise, finds its own freshness, but also its place of belonging, within a cumulative and ongoing legacy of performance histories.

In the Monkman Macbeth, we decided to embed an awareness of the presence of the rich back-catalogue of prior engagements with the play into the texture of our own new reading. Rendering visible that which is in any case quietly true of all productions seemed like both an honest and a fun project. We therefore sought to signal our pleasurable involvement in the bigger, ongoing, baton-passing story of Macbeths in a variety of ways, but most conspicuously through the presence of the nostalgically weathered old canister of film that is handed in to the porter in the opening scene of the film. This is revealed to contain an archival film print of a one-reel 1909 Italian silent film of Macbeth. In alluding to a style, moment and even medium of filmmaking so at odds with the digitally ambitious modes of practice of the larger film within which it sits, this silent film, and the symbolically freighted, well-seasoned can in which it is delivered, constitute both an anachronistic foil to, and an unexpectedly close collaborator with, the broader narrative of the Monkman film. 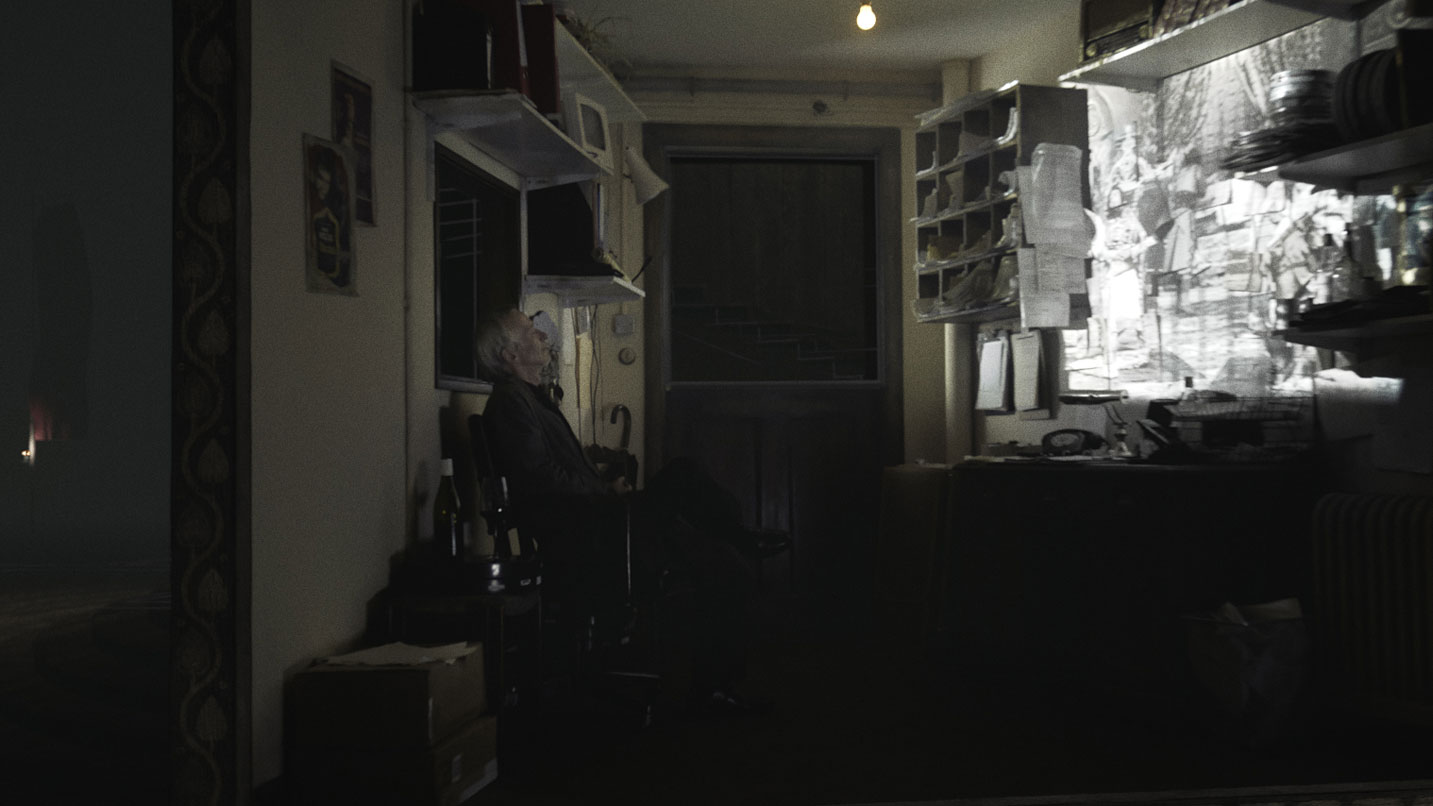 The silent film itself has never been made commercially available and so is scarcely known. However, its histrionically performed Shakespearean action, even in the tiny glimpses of it we get within this film, is swiftly recognizable as it moves in economically distilled form from one hyperbolically played iconic dramatic moment to another. As, therefore, the action of Macbeth plays out in the dramatic world of Monkman’s film beyond the porter’s lodge, a compressed account of the same action, performed in a strikingly high key over a hundred years earlier, unspools in the privacy of this cell-like space for the private delight of an all-knowing porter.

The porter’s lodge is set apart in various ways within the film, but most potently by virtue of the fact that it is a space into which privileged information has been passed. The locus, source, meaning and use of knowledge is fundamental to Macbeth. Here that knowledge extends beyond the witch community, enters the ‘castle’ by means of a non-mystical and fully material film can and percolates on through the drama by means of the porter’s quiet, unprepossessing and fluidly located presence. When not watching the old silent film of Macbeth in his backroom, therefore, he slips through the spaces of this dramatic world as a peripheral, unspeaking figure in many scenes. And through his wry acts of observing, informed as these are by his superior knowledge of what happens in Macbeth, he inevitably acts in part as on-screen proxy for us. 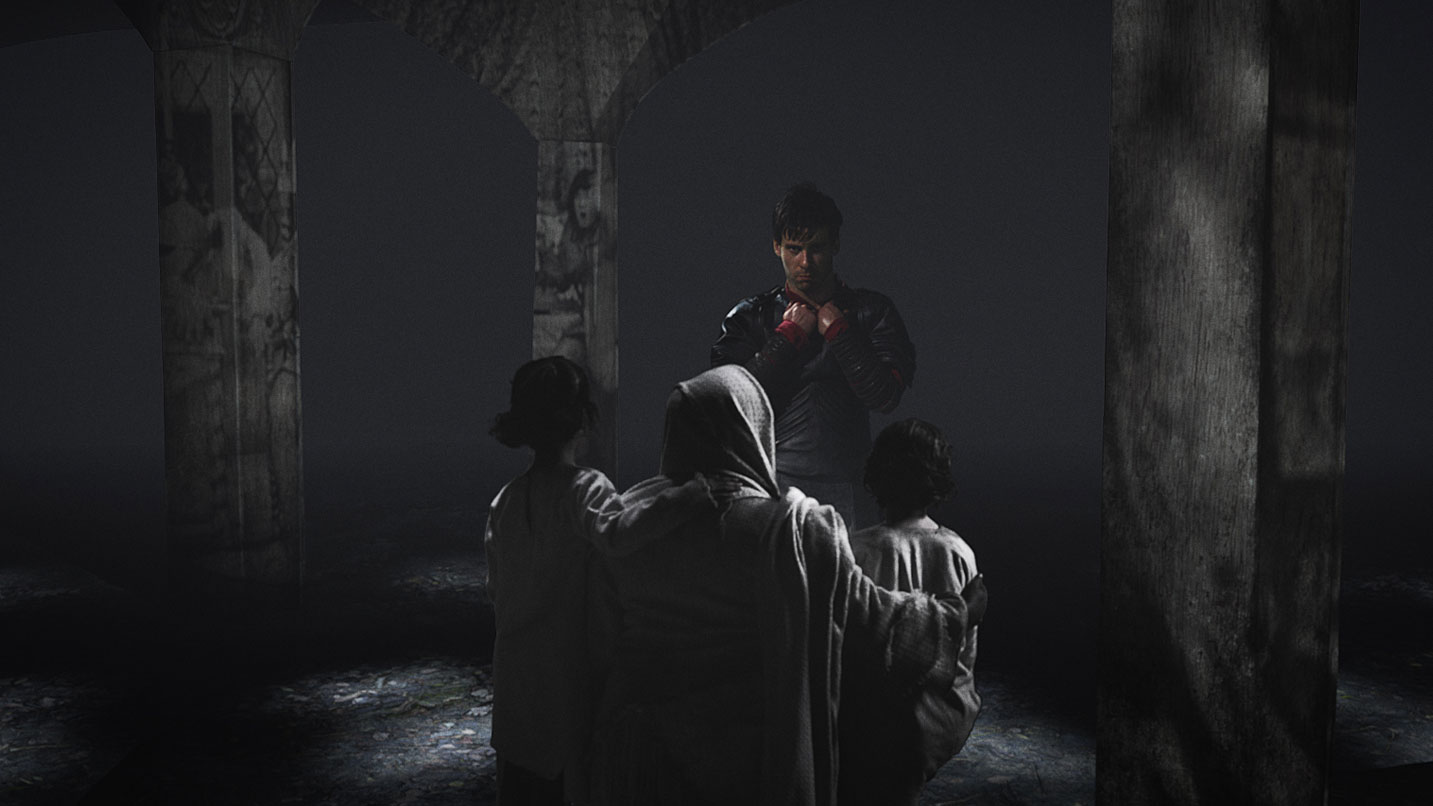 Images from the silent film infiltrate other spaces of Macbeth’s world.

The simple force of the images from the 1909 film gives them power in this world and we see them starting to escape their initial anchoring in the materiality of metal cans, film stock, puttering projectors and solid walls, and breaking out into other, less navigable spaces of the film. They even start to insinuate themselves into Macbeth’s mind world, providing the pictorial filter through which he can play out his own potent fears and fantasies. Whereas, therefore, Shakespeare’s witches ‘conjure’ visions for Macbeth in Act IV, the visions that Mark Rowley’s Macbeth ‘sees’ appear to him in his sleeping world, and they take the form of the conjurations depicted in the 1909 film, projected on to the pillars around him. Those images have slipped the containment of the porter’s lodge, finding their way into Macbeth’s tormented mind almost in direct answer to the witches’ invocation that he should be visited by ‘shadows’ (IV.i.118). The film that seemed to start life with an identifiable singularity, tightly locked inside a containing film canister, gradually permeates the imaginative spaces of this world (whose distinction from the material spaces of this world is in any case never assured). The metaphor is suggestive: perhaps such viral levels of uncontainable permeation are precisely what does happen when a powerful story, and one in which the community is acutely invested, is introduced into a new eco-system.