“The owls are not what they seem”

An owl peeks out from Hieronymous Bosch’s The Garden of Earthly Delights (1490-1510, Museo del Prado, Madrid).

Birds make frequent, and often noisy, appearances in Macbeth. There are sparrows, eagles, ravens, ‘martlets’ (house martens), owls, falcons, crows, chickens, kites, ‘maggot-pies’ (magpies), choughs, rooks, and wrens. They croak, breed, haunt, shriek, scream, clamour, tower, hawk, kill, wing, rouse, fight, swoop, and, in the case of a little ‘howlet’ missing its wing, provide an ingredient ‘for a charm of powerful trouble’ brewed by the weird sisters. But these birds haven’t always been understood in the same way, and so we might overlook some of their intended implications in the play if we aren’t careful.

Owls, for instance, weren’t always considered wise, or as suitable subjects for children’s stories and poetry – as characters who Can Spell and Explain Things in 100 Acre Wood, for instance, or who go to sea in a pea-green boat and dance by the light of the moon. Although the idea of the wise owl dates back to Ancient Greece, in the medieval and Renaissance world owls were widely detested. They were considered unclean, their hooting ‘betokening death’ if heard at night. They were, as a result, often captured, killed, and nailed to doorposts to ward off bad luck.

Kites were similarly loathed and systematically culled. This might come as a surprise: the glimpses we catch of kites riding the thermals high above the motorway can seem precious, a little flash of a wilderness lost – kites became extinct in England and Scotland in the 1870s, and their numbers have only recently begun to recover. They were, however, considered vermin in Shakespeare’s day. A ‘ravishing fowl’ that ‘lies in wait’ for its victims, there are records of kites attacking babies left unsupervised, as Shakespeare alludes to in The Winter’s Tale: leaving the ‘poor babe’ Perdita to her fate, Antigonus asks that ‘Some powerful spirit instruct the kites and ravens | To be thy nurses!’

Ravens, rooks, and crows haven’t altered much in meaning over the centuries. It was noted that they scavenged flesh and fruit ‘indifferently’, and they were believed to ‘warneth what shall fall’ if one could read the signs correctly. It is this superstition that Macbeth refers to when he muses: ‘Augures, and understood relations, have | By maggot-pies, and choughs, and rooks brought forth | The secret’st man of blood’. 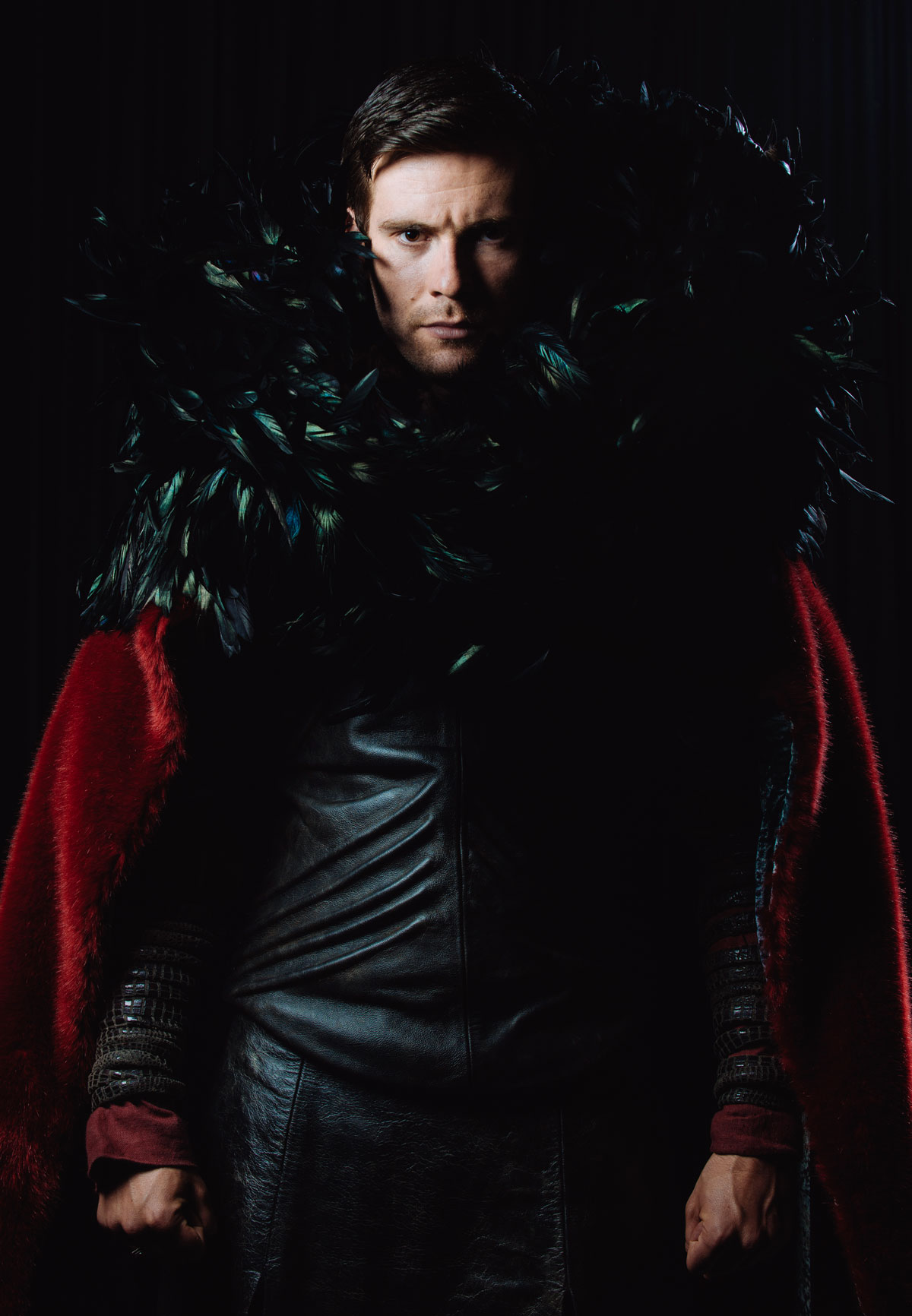 Armed with this knowledge, we can trace the trajectory of birds through the course of Macbeth. When we first hear of Macbeth, he is described as an ‘eagle’, fearless of the sparrows that surround him in battle. But soon he and his wife are almost exclusively accompanied by descriptions of ominous scavenging birds: Lady Macbeth claims ‘The raven himself is hoarse | That croaks the fatal entrance of Duncan’ into the castle, and shortly hears ‘the owl that shrieked’ the King’s long ‘goodnight’. These aren’t just figments of the Macbeths’ imagination: Lennox describes how ‘the obscure bird’, or owl, hidden in darkness, ‘Clamoured the livelong night’, and an old man insists that, a week earlier, a lowly ‘mousing owl’ killed a noble falcon in flight. In this topsy-turvy animal kingdom, the Macbeths become ‘night’s black agents’, cloaked, quite literally in Kit Monkman’s adaptation, in the plumage of black birds.

Against this doom and gloom, the Macbeths’ victims often speak of little light birds. Banquo and Duncan enter the castle watching ‘the temple-haunting martlet’, smelling ‘heaven’s breath’ and ‘delicate’ air and failing to hear the croaking raven. Similarly, Lady Macduff speaks as ‘the poor wren, | The most diminutive of birds’, who ‘will fight, | Her young ones in her nest, against the owl’. Her husband, upon hearing of the murder of his wife and children, continues this metaphor: ‘O hell-kite’, he curses, identifying Macbeth’s transformation into rapacious bird of prey, ‘What, all my pretty chickens and their dam | At one fell swoop?’

We might not expect chickens to symbolise much other than helpless- and headless-ness; but, in Shakespeare’s time, they were perceived as paragons of motherhood, as well as vulnerability. The hen is, according to one Renaissance writer, a ‘mild bird’ who ‘covereth chickens under her wings, and defendeth them against the Kite, and taketh sickness for sorrow of her chickens, and looseth her feathers, and feedeth her chickens more than herself’. It might come as a surprise, then, that Lady Macbeth is also likened to an unexpectedly brave and wholly maternal hen. In one of the play’s more touching turns of phrase, Macbeth addresses his wife: ‘Be innocent of the knowledge, dearest chuck, | Till thou applaud the deed’. ‘Chuck’ is slang for chicken. Used in this way, ‘chuck’ has had a long life – and survives to this day – as a term of endearment. It would have suggested, for Shakespeare’s audience at least, a femininity and maternal urge apparently lacking in Lady Macbeth; but at this mid-point of the play, we begin to witness a shift in power and ferocity between the Macbeths. Lady Macbeth will soon slip into her fragile, somnambulating state – a shift that is evocatively marked and contoured by Shakespeare’s language of birds. 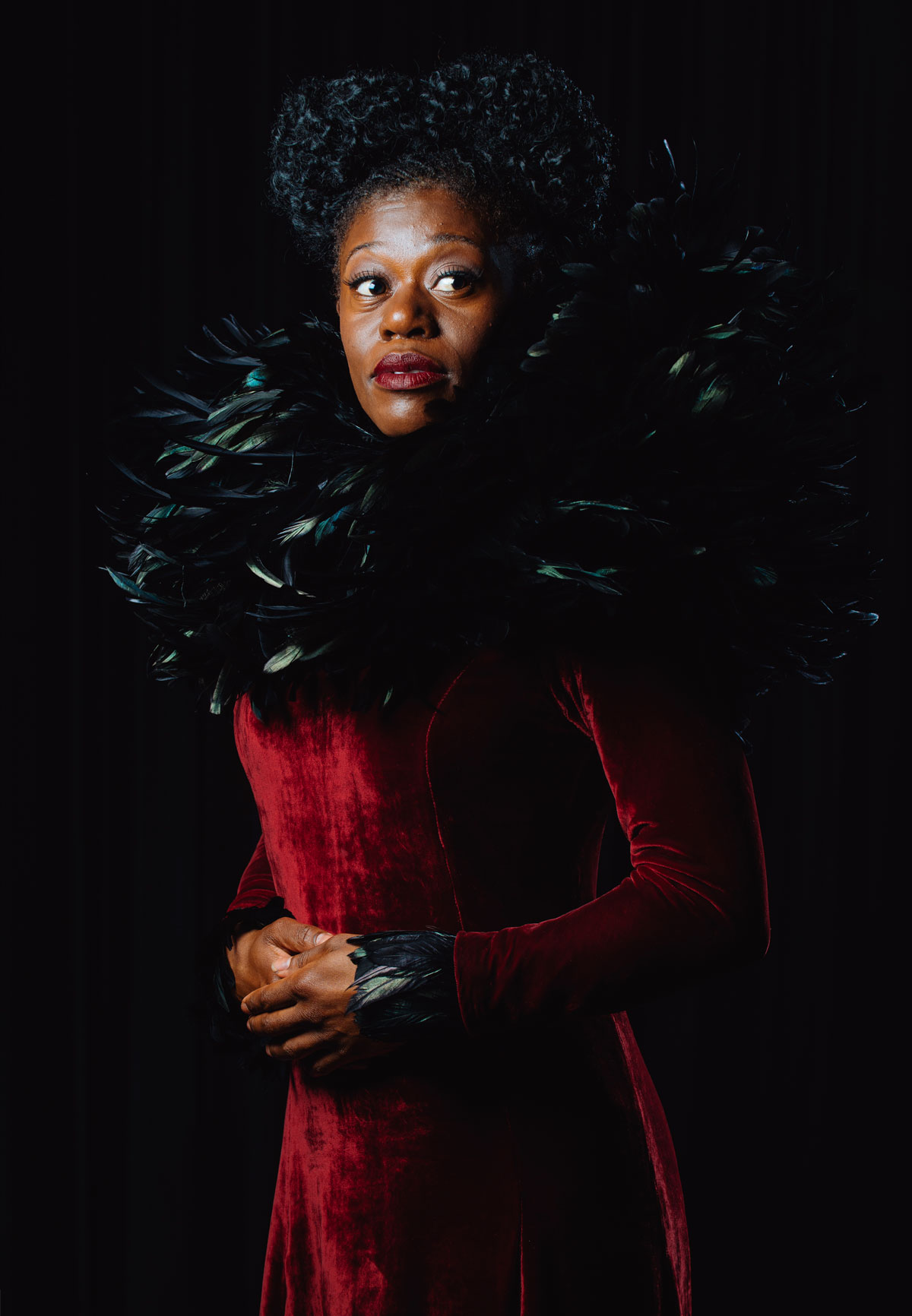