“Down with the codfish aristocracy!” 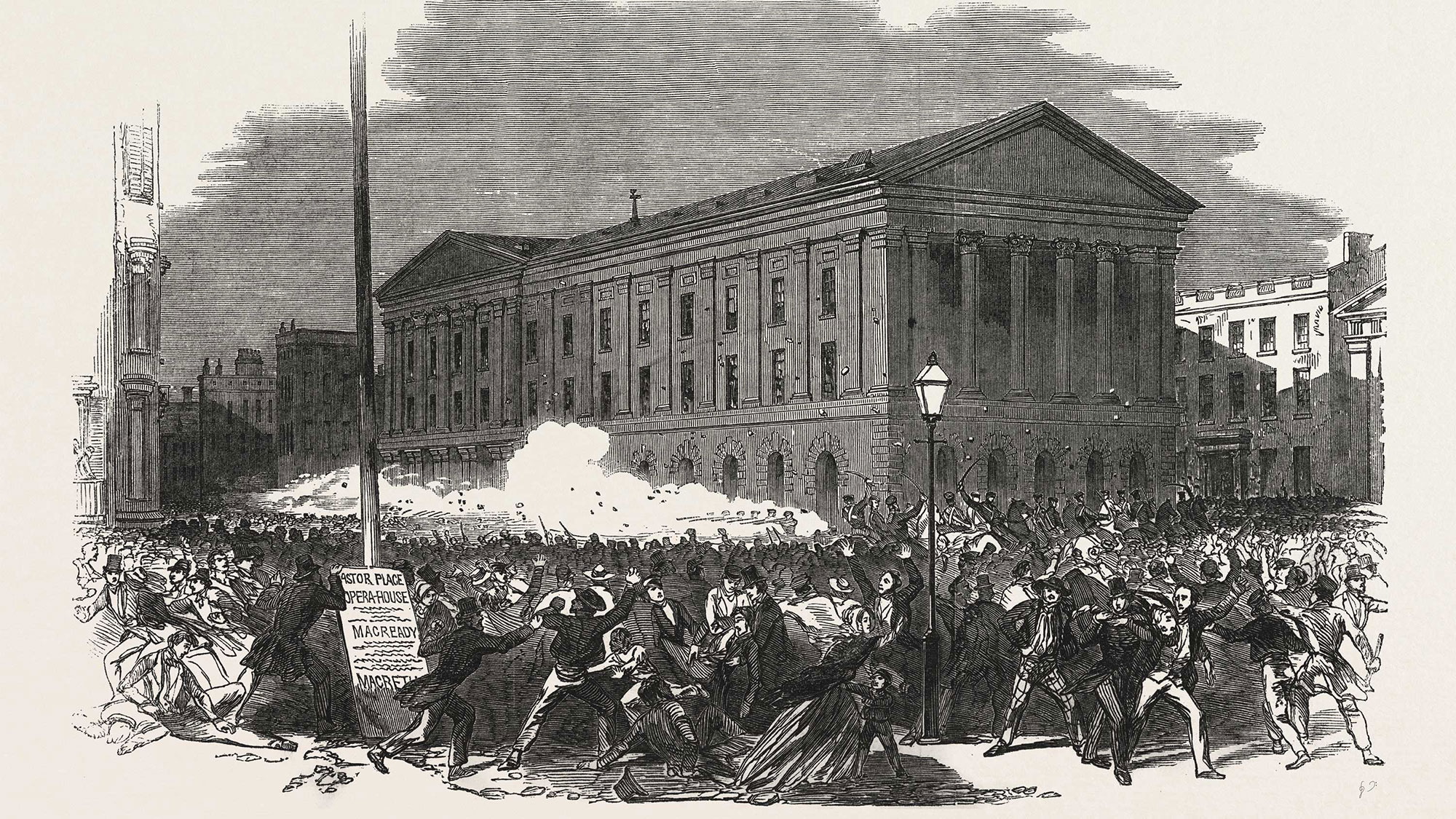 The Astor Place Riot of 1849 in which 22 or more people died as a result of a riot in New York over the correct theatrical interpretation of Macbeth.

Since Christmas, news items in The Times and The Daily Mail, along with a feature by Michael Billington in The Guardian, have all focussed on the plethora of Macbeths arriving this March; there are stage versions by the RSC and NT as well as a Royal Opera production of Verdi’s Macbeth. All will, at some point, be live-streamed into cinemas. Our film, the only one of the four specifically made for the screen, will be released on March 13th.

The history of Macbeth on stage and screen includes famous stories of rival productions locked in a competitive market head-to-head in ways that have sharply divided critical opinion. Where more than one production has taken on the same play at the same time, audiences have not tended to restrict themselves to seeing one: rather they have tended to want to be in a position to express a preference.

We do not anticipate members of the public tearing up the paving stones of New York City in order to hurl them at theatres running our rivals’ release, as they specifically did in response to two stage productions of Macbeth that played in the city in 1849. Nevertheless, a rivalry between several vibrant and eye-catching Shakespearean productions, and between their differing stars, performance styles and radically different conceptual (and – in our case – cinematographic) approaches, will serve us all well if it generates a heightened buzz of popular and critical discussion.

Such is the strength and originality of the interpretive vision of our production, and of the vigorously fresh approach that it will bring to the material, we relish the chance of going head to head with rival releases.

“Do we need another film of Macbeth? The answer is a very enthusiastic yes if it is as brilliant and exhilarating as Kit Monkman’s. It’s the most innovative rethinking of what it means to put Shakespeare on film for decades. Its use of green-screen technology is not just a technical triumph but central both to how Shakespeare’s exploration of the world that collapses around Macbeth can be made visually thrilling and provocative and to our engagement with a man who comes to realise how his choices destroy himself.”